The heart is a pump that contracts and relaxes without stop 60 to 100 times a minute, sending blood with oxygen and various other nutrients to all the organs in the body. In order to function normally it needs an electrical impulse that is generated before each contraction (60 to 100 times a minute). This impulse is generated at a specific point in the heart (the sinus node) and is transmitted to its different parts via a specialized electrical circuit that serves and reaches all these parts. 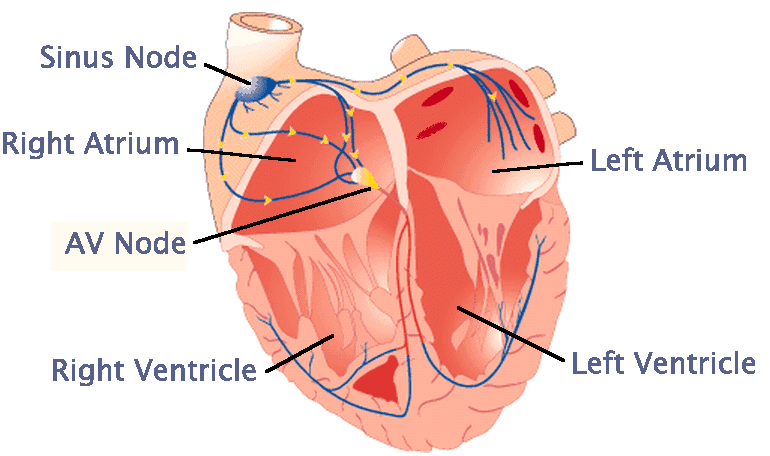 When there is a problem

When for some reason the sinus node malfunctions or there is wear and tear in some part of the heart’s electrical circuit, problems arise in the heart’s normal ‘electrical’ function.  The heart begins to contract more slowly than normal (usually at fewer than 50 beats per minute), which can occur over an entire day, for hours or only a few minutes. This may lead to various symptoms, such a loss of consciousness, sudden dizzy spells and getting easily fatigued as a result of the poor blood supply to the body’s organs caused by the slow heartbeat.

Such cases can be decisively treated with a pacemaker, which is a device consisting of a battery and one or two leads which are placed in the heart’s chambers. The pacemaker detects when the heart fails to generate its normal electrical impulse and then ‘fills’ that gap. 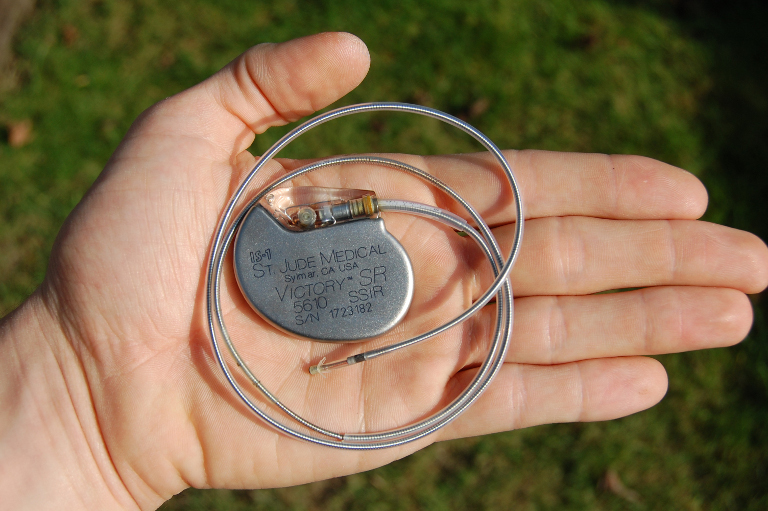 A modern pacemaker with battery and one lead.

How is a pacemaker put in?

The procedure is performed in the hospital’s haemodynamic lab, where the coronary angiographies are also performed. First the skin is carefully cleaned and local anaesthetic applied on the site where the pacemaker’s battery will be implanted – usually on the chest under the left collarbone. Next the pocket is created in which the battery will be inserted. We then find the large vein situated under the collarbone and, aided by the lab’s camera, we guide one or two leads into the heart’s chambers and fix them there. The leads are then connected to the pacemaker’s battery. The leads are the pacemaker’s sensors and also its means of a sending an electrical impulse to the heart whenever it needs it. http://www.youtube.com/watch?v=-cDSVytVGhc

The entire procedure is generally painless. It is performed under local anaesthetic and a sedative is sometimes administered. Intravenous sedation or a general anaesthetic is generally only needed in rare cases when the patient is uncooperative and anxious.

How long does the procedure take?

The procedure usually takes one to one and a half hours. Once it is over, the patient is taken to their bed where they must remain lying down for at least 12 hours. Patients are usually discharged the following day and must return in 6 to 7 days to have their stitches removed.

How long does the pacemaker’s battery last?

The state-of-the-art pacemakers we use have greatly improved battery life. Batteries usually last an average of 6 to 10 years, depending on how often the pacemaker works, in other words on how much the patients needs the pacemaker.

Will the incision made on the chest be visible?

We usually use special subcutaneous sutures, thus greatly improving the aesthetic result of the procedure.